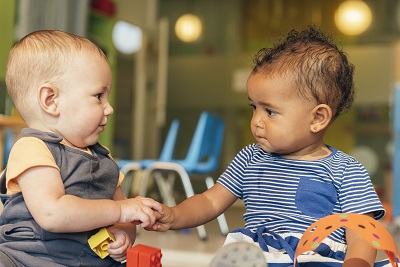 What is a Tongue Tie?
All of us are born with a small strip of tissue, known as a frenulum, that connects our tongues to the bottom of our mouths. This little piece of tissue plays an important role in eating, drinking, talking and for babies, it is important in breastfeeding. If a baby is born with a short frenulum, their feeding, whether through the breast or bottle, can be affected. This can lead to serious developmental and health issues.

What is a Lip Tie?
Lip ties are similar to tongue ties, but instead of the frenulum under the tongue being too short, the frenulum that attaches the lip to the gums are too tight and the baby has a difficult time closing his/her lips around the nipple. Frequently, babies with lip ties will also have tongue ties.

Classification of Ties
Tongue ties can vary in degree and are classified based on the where the frenulum is attached on the tongue.

Lip ties are classified in a similar way based on the where the frenulum attaches from the underside of the upper lip to the top of the gum. Class 1 ties are highest up on the gum whereas Class 4 connects the lip to right under the gum ridge (where the top front teeth will emerge).

Ties and Feeding
It is believed that tongue and lip ties make it difficult for babies to latch onto the breast or grasp even the nipple of a bottle to feed. Babies with ties may overcompensate by increasing suction to the point that it causes pain and damage to the mother's nipples. Latching may be intermittent and feeding becomes a frustrating and stressful ordeal for both the mom and baby. When feeding is difficult, the baby should be evaluated as soon as possible for possible ties to avoid prolonged effects of feeding difficulties.

Treatment for Tongue and Lip Ties
A simple procedure can release tongue and lip ties, which is routinely done by specialists here at our Atlanta ENT Practice. Ties may be released by a laser, scalpel, or scissors. Numbing medication is not needed with laser treatment and the bleeding and skin are immediately sealed by the heat, making infection less likely and healing almost instantaneous. Other than some temporary soreness, babies can nurse soon after the procedure. Over-the-counter and homeopathic therapies are available to ease the pain.